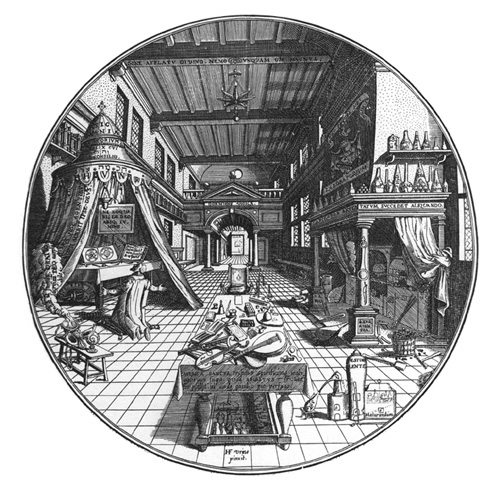 The Societas Rosicruciana in Civitatibus Foederatis (Rosicrucian Society of the United States) was formed on September 21, 1880, by three Colleges chartered within the previous ten months by the Society in Scotland. It is entirely autonomous and in no way connected with any other institution.

Membership, which is by invitation, is predicated on Masonic affiliation. The Society is not merely another degree of Freemasonry which may be acquired and it exists outside of the normal ""workings"" of the Craft.

The Masonic qualification assures the membership that the neophyte has given proof of that fidelity and privacy which characterizes a member of that Fraternity, and it will be noted that a certain community outlook and understanding among the members (called Fratres) is necessary.

The governing body of the Society is known as The High Council composed of Fraters of the Third Order (IXo and VIIIo), plus any College Celebrant not a member of the Third Order. The head of the Society is titled The Supreme Magus, IXo degree, elected each triennium. The subordinate bodies are termed â€œCollegesâ€ each being headed in the United States, by a Chief Adept, IXÂ°, appointed for a three year term by the Supreme Magus. A Chief Adept can serve a maximum of three terms of office.

Membership in a college has been restricted to 72. New members are required to select a distinctive ""Latin Motto"" and state that they are not a member of a non-Masonic Rosicrucian organization as a matter of ethics. The Society is not interested primarily in increasing its membership, but is always happy to consider such brethren whose interest in the Society's aims is sincere and whom it considers to be in sympathy with the movement.

Masons in the United States learning about the development of Masonic Rosicrucianism in England and Scotland, became interested in organizing a similar body in the United States as early as 1878, as indicated by the granting of a Charter to Dr. Jonathan J. French to organize a College in the state of Illinois. Unfortunately, Dr. French died later that year so the College did not survive. Interest, however, did not wane, as Brothers Charles E. Meyer, Melita Lodge No. 295, Daniel Sutter, Phoenix Lodge No. 230 and Charles W. Parker, Philadelphia Lodge No. 72, all of Philadelphia, PA were admitted to the Zelator degree in Yorkshire College while on a Masonic Pilgrimage to England on July 25, 1878. Brother Mark Merckle, member of Hermann Lodge No. 1251, Philadelphia was admitted subsequently to Metropolitan College, London. These four brethren served as the nucleus for the Pennsylvania College which received a charter from S.R.I.S. on December 27, 1879. This was followed by charters issued to New York on April 9, 1880; Massachusetts, May 4, 1880; Maryland, May 10, 1880; and Vermont on September 22, 1880. Vermont was never active. Members from Philadelphia and New York met in Philadelphia, PA on April 21, 1880 and formed a Grand High Council, then known as Soc.Ros. Republican Americae. Nineteen representatives of the Colleges, PA(5), NY(5), MA(4), MD(4), and VT(1) were present at the first meeting of High Council held on September 21, 1990 at Boston, MA. Charles E. Meyer from PA was elected the first Supreme Magus. The Massachusetts College only has had a continuous existence. The others were erased and subsequently reorganized.