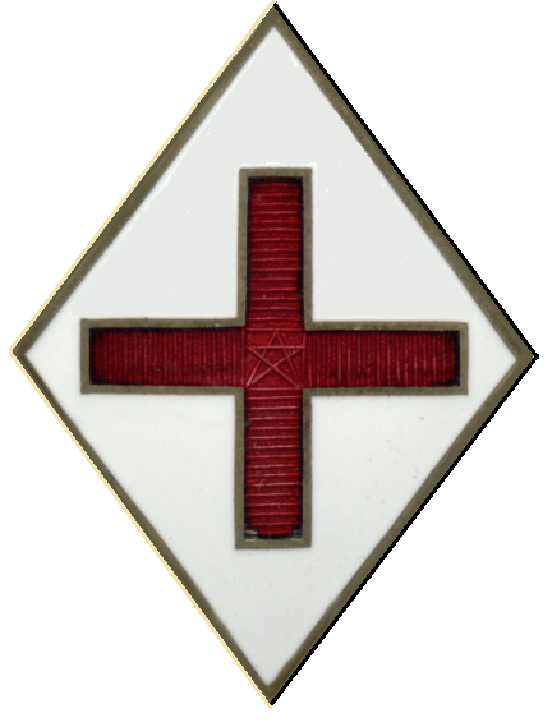 This society is an invitational Masonic organization.

Section 2 OFFICERS. The officers of this College shall be styled and take rank as follows:

The Chief Adept is appointed by the Supreme Magus, for a three year term. A Chief Adept can serve a maximum of three terms of office. He is subject to removal by the same power or by The High Council. The Celebrant, Suffragan , Secretary/Treasurer and four Ancients shall be elected each year at the Annual Convocation by ballot, and a majority of votes cast shall constitute election. The officers shall be inducted into office at the annual meeting. To be eligible for office a Fratre must have attained the Fourth Grade. All officers shall hold their respective offices until their successors are elected and installed. The remaining officers are appointed by the Chief Adept. There is no line or order of progression among either the elected or appointed officers. The Chief Adept may appoint Fratres to a High Council of the College. Members of the College High Council will serve at his pleasure. Expenses for the Web are to be paid from the Treasury upon order of the Chief Adept.

Section 3 - MEMBERSHIP LIMIT. In conformity with ancient usage, there may not be more than seventy -two (72) members in this college. Each shall have voice and vote in the matters pertaining to the College, so far as such matters pertain to the rank of the Fratre.

Section 4 CANDIDATES. No Aspirant shall be admitted to membership in this College unless he be a Master Mason of good moral character, intelligent and possessing a mind free from prejudice and anxious for instruction. He must be a resident of the State of New Mexico. Aspirants must state that they are not a member of a non-Masonic Rosicrucian organization as a matter of ethics. No one is to know that he is being considered as a member of the College until the letter of invitation is sent. No one who asks to join the College will be considered for membership. Once an invitation has been tendered it must be accepted within one year or it is withdrawn. If not accepted another invitation may not be issued for a period of three years.

The name of the aspirant shall be submitted to the Chief Adept for scrutiny by the College High Council not less than thirty (30) days prior to the College Convocation. Unanimous consent of the High Council of the College shall be necessary in each Order for admission thereto. It shall be further requir ed that all aspirants shall be of the Christian faith.

A Candidate rejected by a College having jurisdiction over him may not be received in New Mexico College without the consent of the one by which he was rejected.

Section 5 - THE THREE ORDERS. This College has control over, and power to confer: (A) the four Grades of the FIRST ORDER, which are:

The following appellations to be used by the Fratres are:

Membership in any Grade shall be designated by Roman numerals following the name thus: Doe, John IV°

Honorary Membership in any Grade shall be designated by Arabic numerals following the name thus: Doe, John 4°

Section 7 CONVOCATIONS. New Mexico College shall hold an Annual Convocation in the Spring of each year. The Annual Convocation will be held in the city of Albuquerque , New Mexico. A collation at the Annual Convocation is obligatory. Three Additional Convocations shall be held, and may be at various locations around the State. The Chief Adept may direct the holding of a Convocation in a specific location or a different time when, in his sole opinion, it is most advisable to do so. Membership is conversant upon attendance at meetings. If a Fratre is unable to attend a meeting he must contact the Secretary/Treasurer in writing. Nonattendance without excused absence for one year will make the member subject to suspension.

Section 9 FEES. The fee for admission, and for the conferring of the Grades of the first two Orders shall be one hundred twenty dollars ($120.) Annual dues, in the amount of $25.00, are due and payable on or before the first day of June of each year. Fratres delinquent in their dues for more than six months shall be dropped from membership in the College.

Section 10 - RIGHTS OF ADVANCEMENT. Candidates elected to the First or the Second Order shall be entitled to all the Grades of such Order.

Section 11 - CHIEF ADEPT. He shall have the general superintendence of all affairs pertaining to the College; he shall preside at all convocations thereof, at his sole will and pleasure. He shall appoint all committees, and be ex-officio, chairman of same. He shall discharge all the duties prescribed for him by the Constitution, Ordinances, Regulations, Rituals and usages of the Order. In his absence, the Celebrant shall preside, and thereupon have equal authority as if he were Chief Adept, subject to appeal to the Chief Adept and The High Council. The presiding officer may convoke the College at any time he may deem necessary.

Section 12 - CELEBRANT AND SUFFRAGAN. They shall respectively discharge the several duties prescribed for them in the rituals of the Order. In the absence of the Chief Adept and Celebrant, the Suffragan, for the time being, shall succeed to the Presidency.

Section 13 - SECRETARY/TREASURER. He shall convene the College by written notification to all the Fratres at least ten days prior to the Convocation date. He shall keep the minutes of the College, register all of the members, their mottoes, and dates of admission to each grade, and receive all fees, dues and subscriptions which shall be deposited in an account in the name of New Mexico College, SRICF maintained in a federally or state chartered financial institution having FDIC/FSLIC/SIPC insurance on deposits. He shall pay out College funds upon a warrant signed by the Chief Adept. His accounts shall be audited at the Annual Convocation by the Ancients. He shall, within ten days after the Annual Convocation, transmit a certificate of the election of the Officers of the College to the Secretary -General of The High Council, with the post office address of the Presiding Officer and Secretary. He shall prepare an annual return to The High Council, in duplicate, embracing the transactions for the fiscal year ending the 30th of June, and shall state the Latin motto for each new Fratre. One copy shall be forwarded to the Secretary -General on or before the first day of August in each year and the other shall be filed in the records of the College. He shall act under the direction of the Chief Adept.

Section 14 - FOUR ANCIENTS. They shall assist their superiors in all matters of ritual and ceremony, and instruct their Fratres in the science and philosophy of Rosicrucianism.

Section 15 - CONDUCTOR OF NOVICES. He shall examine and prepare all Aspirants and conduct them in accordance with the forms of the ritual.

Section 16 - FIRST AND SECOND HERALDS. They shall have charge of the ballot, and otherwise generally assist the Conductor of Novices, as provided in the ritual and ceremonies; and see that proper silence and order are observed, and the caverns protected from the unworthy.

Section 17 - GUARDIA N OF THE CAVERNS. He shall have charge of the entrances of the caverns, and a general supervision of the Acolyte in his relation thereto. The duty of tiling the several Orders must be strictly enforced.

Section 18 ACOLYTE. He shall act as outer guard, under the immediate direction of the Celebrant, through the Guardian of the Caverns. He shall likewise have the care of all properties, paraphernalia and furniture of the College, and shall set them forth and remove the same as occasion may require and as directed by the Celebrant.

Section 21 - COLLEGE DISSOLUTION. If this College be temporarily interdicted or permanently dissolved, the officers thereof shall forthwith deposit their Dispensation or Charter, Ordinances , Regulations and all manuscripts and printed papers, moneys and properties appertaining to the College, with the Secretary -General, that the same may be deposited in the archives of The High Council for safe-keeping, the monies deposited in the Society's treasury.

Section 22 - AMENDMENTS These Ordinances and Regulations may not be changed or amended except by the consent of a majority of the Fraters of New Mexico College, duly assembled in regular Convocation only after they have been presented to the College High Council.